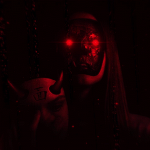 Starting working on the Wikia community from early 2018, TheWolfy707 has had a major impact on the community, since then, while also being to become an Administrator and to change the interface and apply many ideas applied rn. In early 2019, Wolfy was declared Bureaucrat.

His life wasn't a pink one, going through a lot of emotional changes and at the same time facing a personal problem, actually two. Throughout his life, he gained coding skills in HTML and also managed many SA-MP communities, still doing this. His passion for computers made him build a career in PC building and at the same time, his secondary passion, medicine, made him develop on two plans.

Starting to listen to Monstercat since 2017, more precisely, discovering Monstercat due to the releases of Aero Chord. On the day joined Monstercat, was released "Saving Light", a song that touched his soul a lot. Over the years, he began to have a good relationship with different Monstercat artists, offering them support and learning more about the artist's life. His idols, over the years, being Skyelle, Aero Chord, Infected Mushroom, KUURO, Laura Brehm, Slyleaf and Rogue. His dream in the community is to become a Moderator, managing one of the Monstercat platforms like Steam or Facebook group, doing what he likes to do most, managing. '''

Retrieved from "https://monstercat.fandom.com/wiki/User:TheWolfy707?oldid=104744"
Community content is available under CC-BY-SA unless otherwise noted.