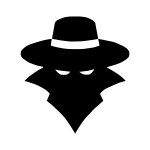 ShadowOfBuchko aka The Shadow is a Monstercat Wiki administrator and social manager. He is also a YouTube creator, filmmaker, mix/mashup producer, and manages playlists on Spotify and videos for the festival Celestial Sphere. He has been a Monstercat fan since 2015.

In August 2010, The Shadow started making videos on a YouTube channel based on a character named Detective Shadow. The character solved mysteries in a brain teaser game called MindTrap. This is where The Shadow was first inspired to take the name. However, he did not add "The" until 2019 to separate himself from "other Shadows" and to reference the pulp novel character The Shadow.

After scrapping the MindTrap videos in early 2011 (for casting and technological reasons), he started a new channel named ShadowOfBuchko, with intentions of using it for music and gaming. In February 2013, he released a fan-made music video of rapper Destorm Powers' "King Kong" with footage from the 2003 King Kong film. The video gained popularity over the years and inspired him to do more music and film videos on the channel.

In March 2017, The Shadow created his account on the Monstercat Wikia and fully started editing in February 2018. He took a hiatus afterward due to finishing college, and by late 2018 he got back into editing the Wiki. In October 2019, The Shadow was promoted to "Administrator" and is currently updating the home page, the Podcast section, the Wiki Twitter and many other pages. His goal is to add, fix, and promote as much of the Monstercat Wiki as possible as well as make it easy for fans to learn more about the label.

The Shadow is also the video manager of the online music festival Celestial Sphere, creating their teaser videos since 2019. As a fun fact, his voice is used in the videos and the 2020 intro for the festival. In 2020, he was one of the mixers for the event. His set included synthwave and synthstep releases, dubstep mashups and a drum & bass mashup.

He has been slowly working on ranking all Monstercat songs, starting with all compilation albums with Keenan Lott AKA KLW during 2019. He plans to rank non-album songs later this year.

The Shadow has intentions of creating more videos, including a Muzzy "Horsepower" fan video and a video on his Spotify radar project, The Shadow Selects. He also plans to make more mixes and mashups, and hopes to see where his alias will take him in the future.

Retrieved from "https://monstercat.fandom.com/wiki/User:ShadowOfBuchko?oldid=110336"
Community content is available under CC-BY-SA unless otherwise noted.