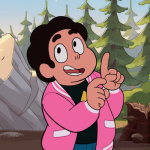 Occupation (Other Than Music)

I am a 19-year old Trance & Progressive producer & promoter based in the United States. I am also the founder of the Aphelion Network, which is a collective of YouTube channels dedicated to promoting Trance, Progressive House, & Techno.

I joined the wiki in June of 2018, and have since been working to make it the best it can be. I am also a wiki administrator.

I am the showrunner of a weekly radio show entitled Seren's Journey, which airs weekly on Fridays at 7:00 PM ET via my YouTube channel. It runs for 2 hours every week, and features tracks in the Trance, Progressive, Techno, & Breaks worlds. I make it my goal to explore and promote hundreds of the best producers in the scene throughout each show, and enjoy doing it. All mixing, visuals, and audiovisual editing is performed by myself.

I am the co-founder & bureaucrat of the Anjuna Wiki, which is a wiki dedicated to Anjunabeats and its small family of sublabels. It was founded in 2018 and has slowly been building itself up since the beginning, now encompassing all labels under the Anjuna name.

Retrieved from "https://monstercat.fandom.com/wiki/User:SerenMusic?oldid=82856"
Community content is available under CC-BY-SA unless otherwise noted.